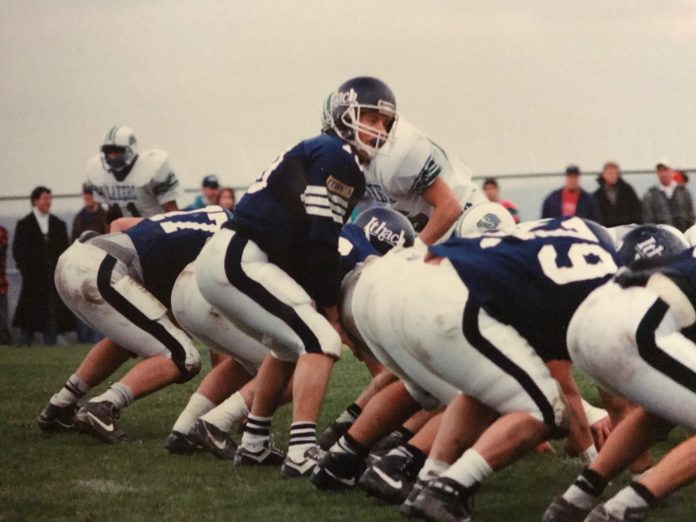 Thirty years ago, Father Joseph Fitzgerald, pastor of the Parish of St. William the Abbot, Seaford was the starting quarterback of the Ithaca Bombers. One memorable game was in 1992, when he played in the annual Cortaca Jug Game vs. the Cortland Red Dragons. At the time, Fr. Joe’s team was the number 1 team in the country and defending National Champions while Cortland was 4-4. The Bombers experienced a tough 22-20 loss that day.

This weekend, Father Joe returns to his college roots. Father Joe will say a prayer with the team the night before and then celebrate Mass for Ithaca College alumni at St. Patrick’s Cathedral on Saturday at 8:00 a.m.

Not since the original “Upstate NY Game of the Century” in 1988 when 8-0 Ithaca College traveled to 8-0 Cortland, have both teams been undefeated when they have met in their annual Cortaca Jug contest. In that game, Cortland upset highly ranked Ithaca 21-20 in front of a raucous standing room only crowd at Carl “Chugger” Davis Field in monsoon like conditions.

That’s exactly what is going to happen when 9-0 Ithaca and 9-0 Cortland meet when the “Upstate New York Game of the Century II” is played at Yankee Stadium with a 12:05pm kickoff scheduled.

This year’s game, the 63rd edition of the Cortaca Jug football game will be televised by the YES Network with Ithaca College Alumnus and NBC 4 New York City Sports Anchor Bruce Beck ’78 handling the play-by-play duties.

The “Jug” trophy was first introduced to the rivalry in 1959, when Cortland football captain Tom Decker stopped at a yard sale and purchased a $2 jug from a local farmer, thinking the item could be used as a trophy for the annual game between the two teams. After meeting up with friend and Ithaca football captain Dick Carmean, the two painted the jug blue, gold, red and white in honor of both schools’ colors. 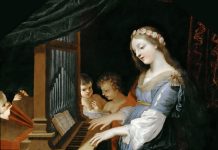 November 22 Homily of Bishop Barres, Memorial of St. Cecilia, the... 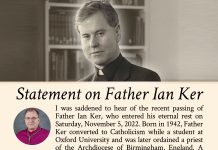 Statement re: the passing of Fr. Ian Ker by Most Rev.... 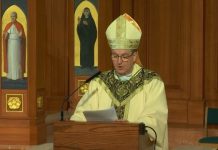 Bishop John Barres’ Homily on the Solemnity of All Souls 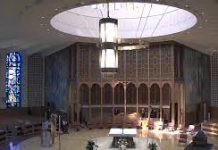 Wednesday of the 31st Week in Ordinary Time: The Narrow Gate...