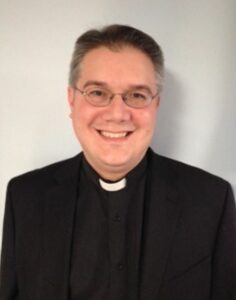 ROCKVILLE CENTRE, NEW YORK – APRIL 24, 2019 – It was announced today that Father Walter Kedjierski has been appointed Executive Director of the Secretariat of Ecumenical and Interreligious Affairs for the United States Conference of Catholic Bishops (USCCB). The announcement was made at Noon today in Washington, DC, by Reverend Monsignor J. Brian Bransfield, General Secretary of the USCCB. The appointment will take effect on June 3, 2019. Father Jason Grisafi, pastor of the Church of Saint Joseph in Babylon, will be assuming Father Kedjierski’s diocesan ecumenical and interreligious responsibilities in the Diocese of Rockville Centre.

“Father Kedjierski brings to the Conference an abundance of knowledge and experience in the realm of ecumenical and interreligious dialogue, both at the institutional and the personal levels,” said Rev. Msgr. Bransfield. “I am very grateful to Father Kedjierski for accepting this important position in service to the bishops and to the Conference. I am equally grateful to the Most Reverend John O. Barres, Bishop of Rockville Centre, for his kind consideration of the needs of the Conference and the Church in the United States.”

Since June 2017, Father Kedjierski has served as Rector/President of the Seminary of the Immaculate Conception, Huntington, where he first served as Vice Rector and Director of Diaconate Formation, as well as Director of the Sacred Heart Institute for the Continuing Formation of Clergy. Father Kedjierski is also the Director of the Office of Ecumenical and Inter-Religious Affairs for the Diocese of Rockville Centre, where he served from 2007 to 2010 as Associate Ecumenical officer in charge of relations with Muslims and other religious groups, and in which role he is a member of the Catholic Association of Diocesan Ecumenical and Interreligious Officers (CADEIO), the Long Island Council of Churches, and the Long Island Multi-Faith Forum.

“Father Walter Kedjierski’s appointment as the new Executive Director of the Secretariat of Ecumenical and Interreligious Affairs is a great testimony to his fine ecumenical and interreligious work here in the Diocese of Rockville Centre,” said Most Reverend John O. Barres, Bishop, Diocese of Rockville Centre. “He has helped to shepherd with great skill, competence, charity and complete fidelity to authentic Catholic teaching many productive ecumenical and interfaith exchanges in many local contexts.

“Fr. Kedjierski’s extensive academic background and graduate research on the early 20th century theologian Baron Friedrich von Hugel and Pope Benedict XVI’s view on the relationship between ecclesiology and liturgy were also critical formative experiences for his development. Bishop Emeritus William Murphy is a true ecumenical and interfaith artist who himself has been at the heart of many international, national and Metro New York exchanges and relationships. His generous and wise mentoring of Fr. Kedjierski has also been a critical factor in this appointment.”

“Being invited to serve the US Bishops in this mission of dialogue was an unexpected honor,” said Father Kedjierski. “I believe that God has used Bishop James Massa of Brooklyn and Bishop William Murphy, both of whom have done amazing things to promote ecumenical and inter-religious dialogue on a global level, along with many friends from ecumenical and interreligious communities, to guide me to this moment. I am especially thankful to Bishop Barres for all of his support and freeing me up to accept this invitation to serve the Church in our increasingly pluralistic nation.”

Father Kedjierski attended the Seminary of the Immaculate Conception, graduating with a Master of Divinity in May of 2002. After his ordination to priesthood in 2002, he served in parish ministry until June 2016. In May 2011, he earned an Ed.D. in Interfaith and Ecumenical Education from the Graduate Theological Foundation in Mishawaka, Indiana and in August 2016, also earned a Ph.D. in Dogmatic/Spiritual Theology from the Graduate Theological Foundation’s Foundation House in Oxford University Program. Father Kedjierski has additionally published several articles on theological and ecumenical topics.