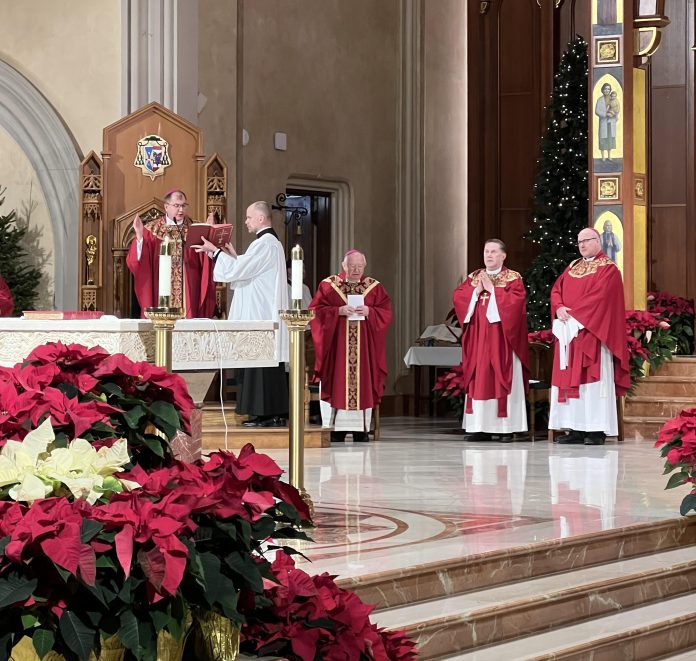 At a Memorial Mass offered Jan. 6 at St. Agnes Cathedral in Rockville Centre, Pope Emeritus Benedict XVI was remembered for “his holy adherence to the truth, his fearless commitment to the faith, and his gentleness to one and all.”

Bishop Emeritus William Murphy delivered a homily emphasizing Benedict XVI’s broad impact on the Church and the world while also sharing “snapshots” revealing a glimpse into his life and service.

Benedict XVI, who died on Dec. 31, was buried at St. Peter’s Basilica in Rome after a Jan. 5. Funeral Mass offered by Pope Francis. The pope emeritus, 95, had served as pontiff from 2005 to 2013, when he became the first pope to resign in 600 years as he found himself unable to continue responding to the full rigors of his pontificate.

Bishop John Barres, in his opening remarks, gave thanks to God the Father, Son and Holy Spirit “for Pope Benedict’s holiness, intellectual and pastoral charity, and his bold and yet humble global Catholic missionary spirit.”

The bishop added that the Mass was offered to “celebrate and honor” the truths of the Catholic faith that “Pope Benedict contemplated, lived and expressed so powerfully, humbly, beautifully and apostolically.”

Bishop Murphy’s homily traced Bavarian-born Joseph Aloisius Ratzinger from his experiences in the 1960s as a peritus, or theological expert, at the Second Vatican Council and his nearly quarter of a century heading the Vatican Congregation for the Doctrine of the Faith, 1981-2005. In between were  years beginning in 1977 in which he served as Archbishop of Munich and Freising in Germany.

Saying that then-Cardinal Ratzinger “never sought glory,” the bishop noted that he would have been content to live out his days surrounded by his beloved books while dedicated to teaching and writing. 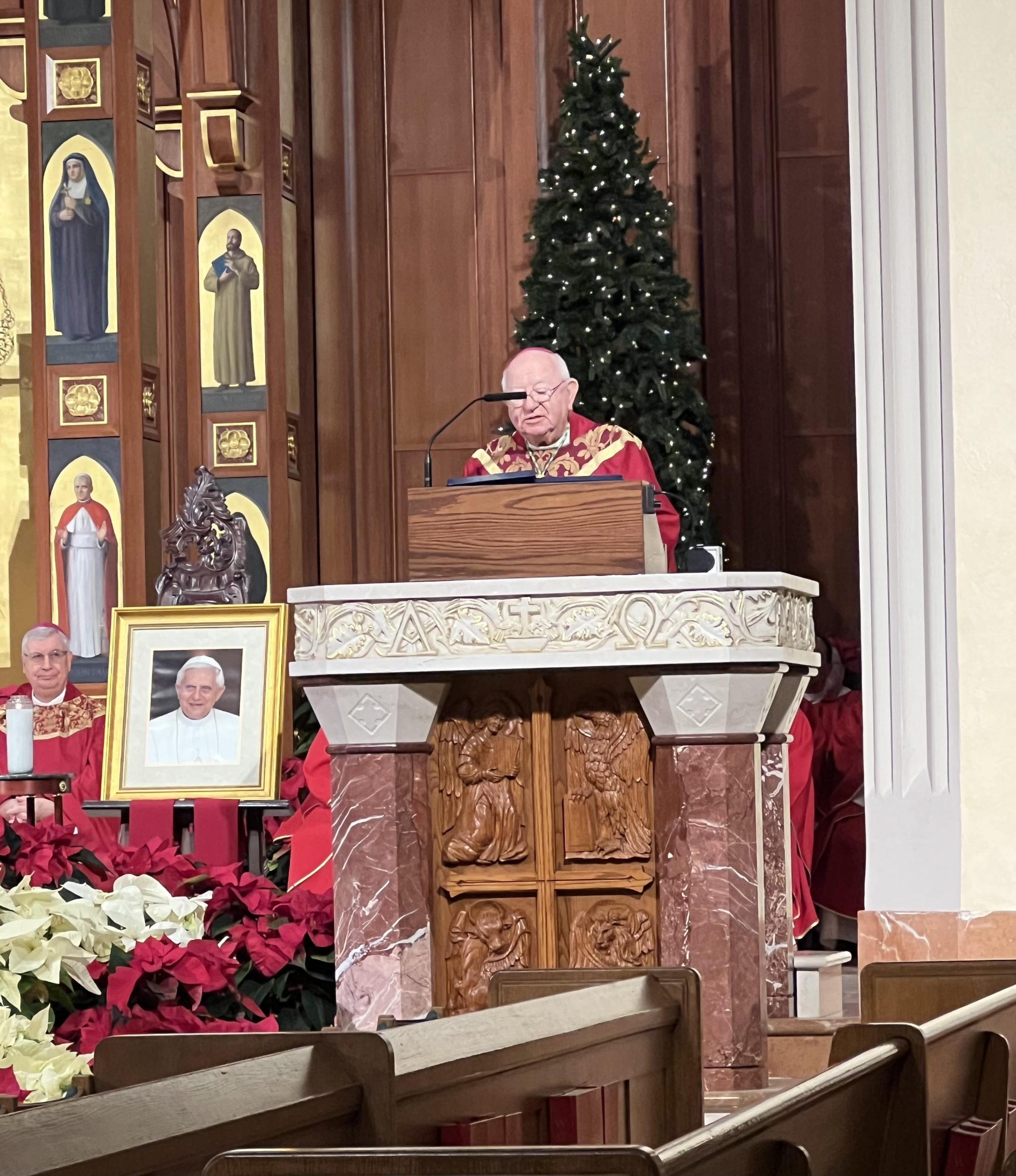 “The world needed Pope Benedict,” Bishop Murphy said. “It needs not to forget him now. The Church is a better Church because of him.”

“Jesus of Nazareth,” Benedict’s three-volume study of the life of Jesus was a subject that drew wide discussion, even spurring arguments at times, the bishop said. The author consistently approached such discussions with “the humility of intellectual truthfulness” and sought to listen to others whether their reactions were positive or critical.

The primacy of Benedict’s intellectual pursuits were illustrated by a time when he was scheduled to move into the papal apartments after his election as pontiff. Upon arriving, the new pope was surprised to find his personal library transferred to the new living quarters in an arrangement that matched its positioning at his previous residence. Upon seeing his bound treasures back together again, he told the prefect of the papal household: “Thank you, you have brought me all of my friends.”

Many parishioners of St. Agnes were in attendance including Fran Deneen who said in an interview after the Mass that she visits the cathedral almost every day.

That St. Agnes hosted the morning liturgy offered for Pope Emeritus Benedict XVI made the occasion “even more special,” she said.

“I enjoyed the things that Bishop Murphy said,” Ms. Deneen said. “He brought it all together.”

Another parish element was the presence of many students from St. Agnes Parish Cathedral School in the pews. They accompanied their teachers on the short walk from school to the cathedral before Mass. Students from St. John the Baptist Diocesan High School, West Islip and Holy Trinity Diocesan High School, Hicksville also attended the Memorial Mass. 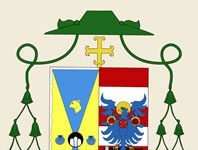 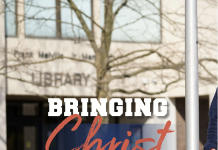 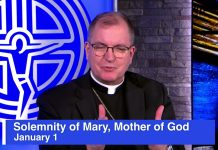 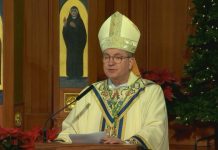